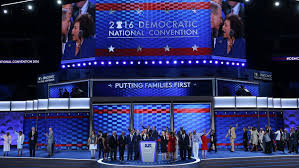 Some of you will remember that in the Democratic Convention of 2016, people booed God.

They don’t want God to be Lord of the nation.

It should be no surprise that both parties cater to the Christian vote, however, as a believer, many believe in the principle of selecting the lessor of two evils.

Selecting the lessor of two evils is still a choice for evil.

Just because it’s less evil, it doesn’t mean that it’s a safe choice.

There’s no question about what party supports what.

With the Republican Party, it’s generally pro life, with many believing in inclusion of homosexuals. These are also called moderate/liberal Republicans. Btw, pro life positions tolerate abortion due to incest and rape.

Abortion is just as evil and wrong as rape and incest.

So, in my opinion, pro life positions is a compromise position to appease certain moderate/liberal conservatives willing to vote and support Republicans.

When you’re supportive of positions clearly defined as an abomination by God, you have a major problem on your hands.

During the 2008 election, many Black people that profess going to church, roughly 95% of the 13% that make up the African American population, voted for Obama.

This indicated to me that they were more than willing to put their Bible aside to vote a Black man into the WH. Essentially walking away from what the Lord said in His word about abortion and homosexuality.

When a moral position is politicized, as a believer, you must never surrender or capitulate your “…deeply held religious beliefs.”

To do so is to give anyone a license to control everything you do.

Believers in Christ must remain vigilant and not be moved by political or preacher personalities, that you lose Biblical sense and give in to the cultural winds that blow today.

If you don’t stand for Biblical principles, you’ll fall for demonic lies and deceptions.

The Democratic Party is clear on what they want to do.

Continue the systematic eugenic policy of killing precious babies, and Joe Biden already said that he would make LGBT concerns his number 1 priority.

Never mind that Iran and North Korea is seeking nukes, China is seeking global reach capabilities and dominance, Russia is looking for Middle East and European dominance. The Palestinians, will millions of US tax dollars, look for the destruction of Israel, and establish control of Jerusalem as their capital.

During the Obama administration, they gave away US leadership and world stability, thinking that if you allow them to do what they want, they would be good neighbors.

Retreating into an isolationist position as a nation, unwilling to engage world powers to check it, led to two world wars.

Millions were killed as a result.

We face the same today.

We must engage and check world dominance or we will lose our nation.

So, they use the cover of being a party that loves God by recruiting inclusive false preachers to deceive many into thinking that the Democratic Party is safe.

Just look at the Obama administration and the direction this nation was headed, and it will give you a good indication that should believers become oblivious to clear anti God policies, more is on the way.

Obama’s administration was a taste of the final chapter of America.

So if you want to kiss this country goodbye, the next president, should they be a Democrat, is a clear indication to us that many of the rights we enjoy as a Republic, might not ever return.

The kingdom of the Lord Jesus must come.

For this to happen, this nation must end.

How will it end?

It’s when America is no longer America and the US Constitution ceases to exist.

“Blessed is the nation whose God is the Lord.”

The opposite is true too.

Cursed is the nation that doesn’t have God as the Lord.

You could read the article from Fox News here