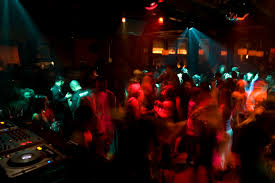 There was an article written by Dr. Michael Brown that shared about a man attending a pastor’s wife’s birthday party. The pastor was the DJ and played worldly secular music with vulgar language.

The wife of the pastor danced to the music, according to the article, as if she were a stripper in a strip club.

You may not think so. When you are so deceived, it is very easy to compartmentalize, trivialize, and separate what you are doing from the crimes committed while attempting to please yourself.

I could be wrong.

Today, there are many professed believers that believe that it is perfectly fine to sin because of “grace.”

Grace didn’t deliver you from sin to commit more sin. Grace delivered you as a favor from God to give to you eternal salvation that you do not deserve.

Then grace works in you to abstain from sin (see Romans 6:1).

Ephesians 2:8-9 says “For by grace are you saved through faith and that not of yourselves, it is the gift of God, not of works, lest any man should boast.”

In other words, there is no amount of works that could ever save us. We do not abstain from sin as a work to get into the kingdom. We work righteousness as a result of the Lord giving us the power to abstain.

A lightbulb is powerless until it is placed in the lamp stand with the power turned on.

It can’t work until it is hooked up to power.

Such it is with grace. Our salvation need power that can only come from God. If a lightbulb could work without power, there would be no need to be hooked up.

These pastors and others sin because Romans 3:18 says, “They have no fear of God before their eyes.”

When you have no fear of God before your eyes, it is very easy to say….from Ezekiel 8:12 “Then He said to me, “Son of man, have you seen what the elders of the house of Israel do in the dark, every man in the room of his idols? For they say, ‘The Lord does not see us, the Lord has forsaken the land.’”

When you deceive yourself into saying that the Lord doesn’t see you, and you are not afraid to sin against God, Ecclesiastes 8:11 says, “Because the sentence against an evil work is not executed speedily, therefore the heart of the sons of men is fully set in them to do evil.”

I played the harlot. Spiritual adultery. I was unfaithful to God. I allowed another lover to take my heart.

Upon reading this title, some of you probably thought that God approves. We are all human and he understands our flesh. They were just having fun at a party. It’s just a party. Don’t we have a right to party?

What a poor excuse.

When you cast of restraint, the church loses its testimony as a house of righteousness and holiness.

Proverbs 29:18 says “Where there is no revelation, the people cast off restraint; But happy is he who keeps the law.”

The Amplified Bible says. “Where there is no vision [no redemptive revelation of God], the people perish; but he who keeps the law [of God, which includes that of man] —blessed (happy, fortunate, and enviable) is he.”

The same thing happened at Shiloh. The ark of the covenant was taken, God uses Eli’s weight to kill him, Hophni and Phinehas committed sexual immorality and lost their lives in battle, Phinehas’ wife gives birth to Ichabod and dies during child birth.

The eyes of Eli grew dim and it was indicative of this Scripture…..1 Samuel 3:1-3a “And the child Samuel ministered unto the Lord before Eli. And the word of the Lord was precious in those days; there was no open vision. And it came to pass at that time, when Eli was laid down in his place, and his eyes began to wax dim, that he could not see; And ere the lamp of God went out in the temple of the Lord, where the ark of God was…”

This is self deception that suppresses the knowledge of the truth. As I read the article, many will read into this and feel outraged that a pastor and his wife would do such a thing. But one thing that I’ve noticed is that while there was some words addressing the grace of God and other issues, the one thing that was missing, and I could be wrong, was the lack of the fear of God.

No one is afraid of God any more.

I understand that it is easy to apply “legalism” to this statement about the fear of God but look very carefully at the time Israel provoked the Lord and you will see the hot displeasure of the Lord.

Fast forward this into the NT, and we do not see the hot displeasure of the Lord except with Ananias and Sapphira. We also see this with Herod when he was eaten of worms. Then there is Elymas the sorcerer that was blinded for withstanding the gospel. In each instance, “great fear” came upon the believers.

In 1 Corinthians 11, Paul mentioned about taking communion unworthily or in the wrong manner, and that all who do so end up “sick, weak, and fall asleep,” because they didn’t “judge themselves.”

In this dispensation of grace, we see that the Lord is still serious about the fear of the Lord. Look at the book of Revelation and we will see that in chapters 1 through 3, the Lord is still dealing with the church when 5 of 7 churches allowed certain worldly doctrines to infiltrate the “called out ones.”

There is only one reason why false doctrine infiltrates the church.

No fear of God.

We begin to teach strange doctrine that Paul warned us about in Galatians chapter 1, Acts 20, and 1 Timothy 1.

In 1 Corinthians Paul turns over a member of the church to satan for the destruction of the flesh that they may be saved because this man had his father’s wife. An incestuous relationship not even heard of in the world and it happened in the church. Paul does it again in 2 Timothy to those that blasphemed so that people would be afraid to sin against the Lord because two men brought in a cancerous doctrine.

Paul also said to Timothy to rebuke the elders that sin so that others would be afraid to sin.

Clearly, these doctrines are missing today because there is no fear of God before our eyes.

In the same manner, when it comes to sexual sins, we “invent” doctrines to either justify and or permit our indulgence in the sins we, as the late pastor David Wilkerson would say, “made a covenant with.”

Covenant with sin demands that you walk into the house of the Lord without any fear to commit sin. That’s why it is easy for pastors, and their wives to have these lewd parties.

Romans 13:13 “Let us walk properly, as in the day, not in revelry and drunkenness, not in lewdness and lust, not in strife and envy.”

The sad thing is that there were probably members of the church that were there. According to this article, other pastors and their wives were there. There is no question about 2 Peter 3:3-4 “…knowing this first: that scoffers will come in the last days, walking according to their own lusts, and saying, “Where is the promise of His coming? For since the fathers fell asleep, all things continue as they were from the beginning of creation.”

Matthew 24:43-44 says “But know this, that if the master of the house had known what hour the thief would come, he would have watched and not allowed his house to be broken into. Therefore you also be ready, for the Son of Man is coming at an hour you do not expect.”

And that’s where there is an absence of the fear of the Lord. They do not think that Jesus is coming back, so they begin to live riotously.

Matthew 24:48-51 “But if that evil servant says in his heart, ‘My master is delaying his coming,’ and begins to beat his fellow servants, and to eat and drink with the drunkards, the master of that servant will come on a day when he is not looking for him and at an hour that he is not aware of, and will cut him in two and appoint him his portion with the hypocrites. There shall be weeping and gnashing of teeth.”

We pray that they would repent and return to the Lord. To produce godly sorrow for grieving the Lord. To come back to obedience to the faith before the Lord returns.

The story about the pastor and his wife could be read here.