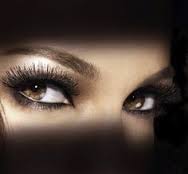 There are many, men in particular, that give nonchalant responses to make it appear that they are not under porn’s power.

There is no humility, contriteness of heart, godly sorrow, and desire to please the Lord. They deflect intense questioning by avoiding the obvious issue of personal discipline. They run from accountability, prayer, obedience to the Word resulting in personal discipline. They believe it isn’t necessary. Their form of godliness is a ploy. They know how to give lip service as their heart is far from God. When they sit in front of their accountability partner, they play like they haven’t struggled.

Little do they know that those of us that have walked in this same deception can smell sin a mile a way. We don’t know everything like God but there are certain undeniable signals that indicate that you’ve been playing with yourself.

Since we’ve been delivered, we know what it looks like to keep a secret and play like we haven’t sinned. They always give the appearance that they are in control but we all know that they are raging on the inside of their flesh and mind. They can’t wait until the pressure to come clean is off so that they could resume the business of flesh. In fact, you’ve already planned out what you are going to do that evening when the lights go off and when your wife is asleep, or in another room.
Your wife still feels you are distant, cold and rarely engage in meaningful sex. In fact, she feels dirty when you have sex. It feels like you have brought what you were watching into the bedroom. Furthermore, you ask her to do certain things that you’ve watched porn stars do and she refused.

“For sin shall not have dominion over you, for you are not under law but under grace.”

The reason why sin cannot have dominion over us is because the Lord Jesus broke the power of sin when the Father placed upon the Lord Jesus our sin. The power and guilt of sin was thoroughly destroyed and the devil who had power can no longer hold men in bondage.

Hebrews 2:14-15 says “Inasmuch then as the children have partaken of flesh and blood, He Himself likewise shared in the same, that through death He might destroy him who had the power of death, that is, the devil, and release those who through fear of death were all their lifetime subject to bondage.”

Jesus took on flesh and by living a sinless life, conquered the power and guilt of sin. It was at this point that on the cross, the Father was able to put on Jesus the sin of the whole world and did a threefold work.

The answer is found in your will to yield to the broken power of sin.

It’s no different than a cop putting handcuffs on you that can’t lock.

No different than a correction officer placing you in a jail cell and leaving the door open for you to walk out at anytime.

Hence, what Paul said is true.

So being that the Lord Jesus did the hard work on the cross, paid our debt in full, and released us from this bondage, what are you willing to do to maintain your freedom?

Not realizing that you are being lured into the bottomless dark abyss of sexual immorality.

It is there that the bite is almost inescapable.

It’s like watching seals trying to evade the bite of the shark. Sooner or later, the shark will get it. It’s just a matter of time.

For most people, they desire to break free but each time, the pleasure becomes overwhelming. You become hooked and you refuse to let it go. For some, no matter what incentive is given to be holy and pure before God, you find yourself touching yourself sexually. For some, the coming of the Lord could happen at any moment, yet, because of the desire to fulfill a sexual fantasy, who cares about the Lord’s coming?

Revelation 21:8 is incentive enough for me.

The sexually immoral will be cast into the lake which burns with fire and brimstone.

Sadly, this will not be enough incentive for they have “…no fear of God before their eyes.”

One of the beautiful things about the Lord is that He is  “not willing than any should perish but that all should come to repentance.”

In other words, your hopelessness is not finite until you pass into eternity without repentance and faith towards God.

Romans 10:17 says “So then faith comes by hearing and hearing by the Word of God.”

It’s up to you to refuse to yield to its power.

Here are some recommended steps.

This is how you exercise your senses to discern both good and evil according to Hebrews 5:12-14.

It’s very easy to receive the initial deliverance. The work is in the maintenance of the deliverance. How bad do you want to keep your deliverance?

If you do these three things every day and don’t look back, if you put your full faith and trust on the grace of the Lord, you will not be brought under its power for the rest of your life.